What is Internet Catfishing? 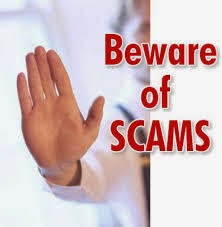 When I mention the term "Catfishing" many people think that I'm talking about going fishing for a certain type of fish.  What I'm actually referring to is a relatively new scam.

"Catfishing" is actually an internet scam or hoax in which someone pretends to be someone else online and deceives an unsuspecting victim.

People become "Catfishers" for a variety of reasons.  Some to deal with unresolved issues with their targets or victims while others are trying to lure, harm, intimidate, threaten or just defraud their victims.  These victims are at times children.

Recently a California high school teacher was arrested for a catfishing scam.  He allegedly posed as a woman on Facebook to get his male students to send him sexually explicit pictures.  A lot of times these crimes go unreported.  Sometimes victims are not even aware that they are being scam.

Unfortunately people become familiar with "Catfishing" after they are victims.  Even worse, "Catfishing" isn't illegal in all states.  Online impersonation is not being taken serious by our lawmakers.

Our company is focused on educating the general public about the scams, how they work and what people can do to not become a victim.  We are currently developing a small studio and project to make several short entertaining helpful videosr the public to spread the word about "Catfishing".  We want to launch a nationwide campaign to strengthen both local and federal laws and educate everyone as to the potential dangers this can cause.

Join us in the fight to end Identity Theft and Catfishing.
Click here to join the fight.